5 of the Best Trades of All Time

Most people come into trading for the money, and there’s nothing more satisfying than reading about the greatest trades of all time, where legendary specultors managed to amamas eye-wateringly large fortunes—often when the entire market was against them.

So sit back, enjoy, and read about some of the best trades of all time. Who knows, maybe you’ll learn something and join our next list!

Trader, philanthropist, self-proclaimed philosopher, and author of multiple books, George Soros is a legend. He is most famous for one trade in particular, something which he was never too happy with due to the negative connotations of the story.

Known as Black Wednesday, on the 16th of September, 1992, the Bank of England—the UK’s central bank—was forced to withdraw from the European Rate Mechanism (ERM), sending the value of the pound into freefall.

The ERM was a way for central banks to keep their currency pegged relative to the value of other currencies in the basket. But when the inflation in the United Kingdom was three times greater than in Germany, and interest rates had surged to 15%, the UK witnessed untenable economic growth, implying that a recession was on the horizon.

As the UK wished to stay in the ERM, it had to use its forex reserves to buy pounds to boost the value of a currency relative to the other currencies in the basket. The Bank of England began purchasing its currency and there was someone on the other side of the trade—George Soros.

In an attempt to boost the value of the pound, the bank raised interest rates to 10%, then to 12%,  and finally to 15%. Nothing seemed to work. After the dust had settled and the pound had fallen 9.5 percent in value, Soros had pocketed $1 billion.

To this day and despiste him saying otherwise, George Soros is still known as one of the best forex traders the world has ever seen. 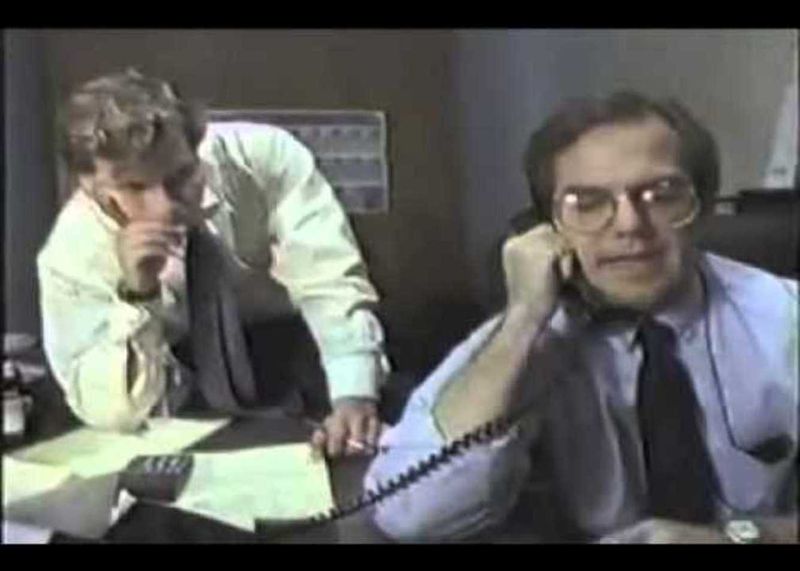 Using various technical analysis techniques and Elliott Wave Theory to overlay historical price chart data over live data at the time, Paul Tudor Jones and his right-hand-man Peter Borish correctly predicted that the US was at the end of a 200-year bull market.

Despite the fact that the year of 1987 saw a bull market overdue a correction, there was also the recently introduced concept of “portfolio insurance”, whereby large players would partially hedge their stock portfolios with short positions in S&P 500 futures. This meant that any fall in stock prices would increase their short position exposure, often with the aid of the also recently introduced computerized or “program trading.”

This spiralling of unprecedented selling that succeeded devastating losses in the stock markets in Hong Kong and then London, as well as the Great Storm of 1987 (a violenet extratropical cyclone which lead to 22 deaths across the UK, Frane, Spain, Belgium, and Norway), put global markets under pressure. 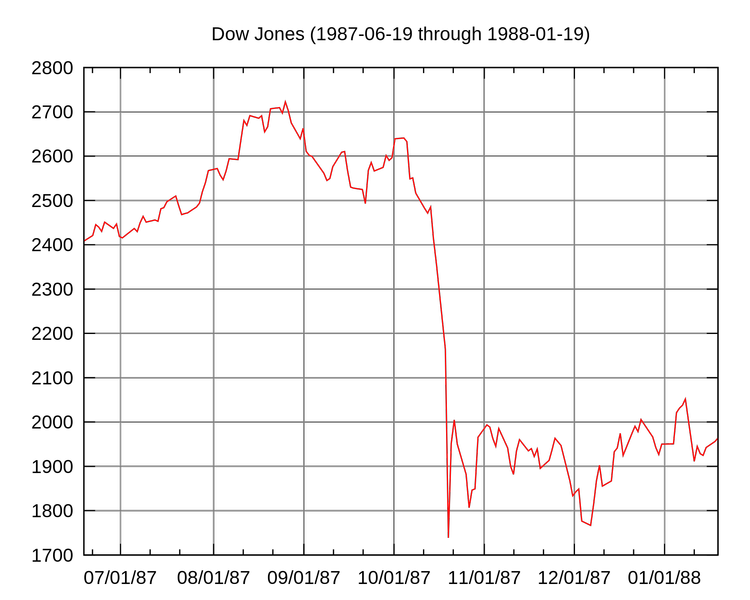 When the US markets opened, the markets gapped lower and were already in freefall. By the end of the day, the DJIA had fallen 508 points, losing 22.6% of its value—$500 billion at the time.

Jesse Livermore: Becoming One of the Richest Men in the World at the Start of the Great Depression

Fig 4: The book by Edwin Lefevre, considered a trading classic

A genuine gentleman who became one of the world’s largest richest men after beginning with a just pocket full of a few bucks at a young age. Jesse Livermore, born in 1877, played the “bucket shops” from the age of 14 after leaving his parents farm, going on to amass a fortune of over $100 million at his peak.

Jesse Livermore was a self-taught trader with a knack for numbers that he eventually realised could be useful in the markets. His insights into human psychology in markets that he shared nearly 100 years ago are still relevant today, with the roman-à-clef Reminiscences of a Stock Operator remaining a classic for traders—many of whom make it a habit to read his book at least once a year.

After following the bull market for the years prior, in 1929 Livermore noticed the value of shares bought far exceeded available margin, and suspected the market was far too over-leveraged.

Using the pyramiding strategy that he shared in his book “How to Trade in Stocks”, Livermoore amassed a highly leveraged short position in corporate stocks. At first he was heavily in the red, suffering losses and close to being margin called. But finally he was vindicated, and the stock market crashed heavily, earning him a profit of more than $100 million.

Many blamed Jesse Livermoore for the crash, partly due to his nickname “The Boy Plunger.” This excessive publicity likely got to him, and despite his incredible rags to riches story, he ended up bankrupt and eventually took his own life.

Many traders still considered Jesse Livermoore to be one of the best speculators to have ever lived, and his timeless insights are applicable to this day. If anything, his incredible life story can be a lesson for aspiring traders about the dangers of leverage, publicity, and overconfidence.

Jim Chanos: The End of Enron 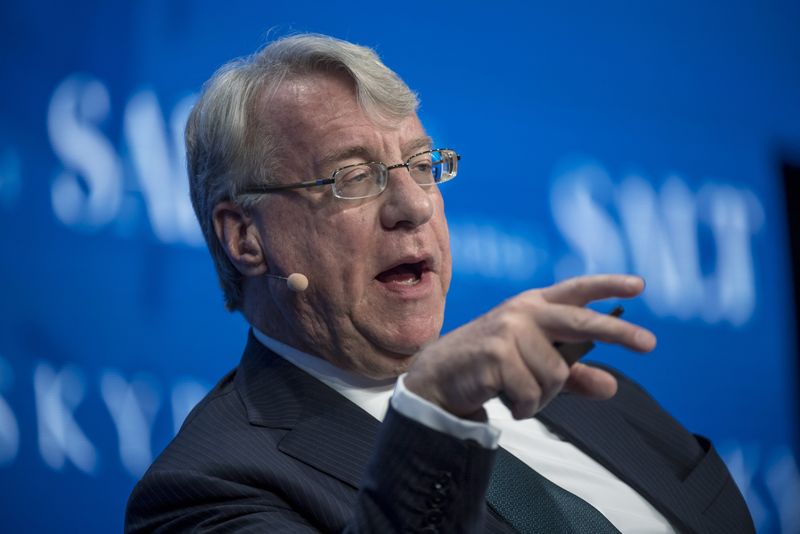 Jim Chanos is a legendary short-seller that predicted the fall of large companies such as MCI Worldcom. He would pour over SEC filings in search of anomalies, and in 1999, his firm examined Enron for the first time.

Following nearly two years of study and analysis of Enron’s actions, Chanos found problems with the accounting methods at Enron, and realised the company was lying about practically everything and was on the verge of bankruptcy.

So just after Enron’s stock reached $90, Chanos began his short operation. Like many good traders, it turned out he was early. It took over a year before the stock plummeted, the firm finally declaring bankruptcy in December 2001.

Chanos had bagged a killer trade—the best of his career.

Fig 6: Christian Bale playing Michael Burry in the 2015 movie The Big Short, based on the book with the same name by Michael Lewis.

Before becoming a hedge fund manager (and main character in the 2015 movie The Big Short, based on a book by Michael Lewis), Michael Burry was studying to become a doctor. When he left Stanford Hospital to start Scion Capital, he had just completed a portion of his neurology residency there.

A lover of heavy metal, known to blow off steam by playing the drums in his office between looking for traders, Michael Burry finds a rich pursuit to take advantage of his aspergers: looking at the numbers in the housing market. After finding discrepancies in the numbers, he realises just a handful of defaults in these new CDO products could collapse the entire market.

Against the will of his investors, he began to pour almost all the fund’s capital into complex financial derivatives that would profit from a collapse in the housing market.

After a tough few months of uncertainty, he was eventually proven right, making $100 million for himself and over $700 million for his investors—one of the greatest trades of all time.

Making big winning trades is all about having the conviction to follow through with your analysis, even when the market around you is telling you that you are wrong. It can be hard to emmulate such peformance, since there is an element of luck to being in the right place at the right time.

Nevertheless, there are some good lessons here, and it’s worth studying history to learn about potential directions of the market in the future.

What better way to learn about markets than follow them in real-time within a community of driven and like-minded traders? Join our Discord today for free, and join the conversation.