A Guide to Interest Rates

If you want to borrow money, you will need to pay. This “fee” for temporarily using someone else’s money is called an interest rate.

The advantage of borrowing money is that you get instant access to capital, which would have otherwise taken years to accumulate.

Thus, to enjoy the benefits of bringing potential future capital appreciation to the current day, the borrower is required to compensate the lender by incurring costs calculated based on interest rates.

What are Interest Rates? 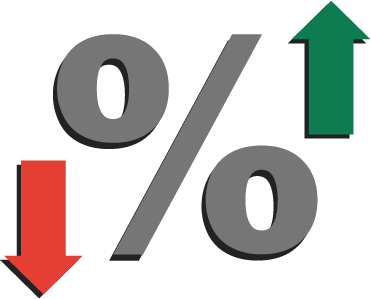 An interest rate represents the expectations of a lender. Usually a fixed annual percentage, which when multiplied by the principal amount of the loan, leads to the calculation of annual interest cost which the borrower must bear.

Why are Interest Rates Important?

Interest rates are critical to the efficiency of an economy. They determine borrowing patterns and also influence the level of savings.

Interest rates can be divided into two simple categories, which are:

What is the Relationship Between Interest Rates and Inflation? 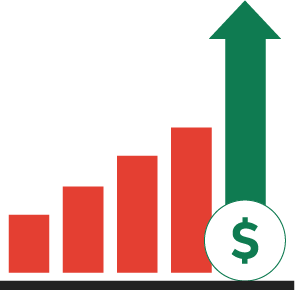 Interest rates are often considered to be the primary tool of the central banks to control the level of inflation.

By increasing or decreasing interest rates, central banks can control inflation in the following manner:

Interest Rates are Raised in a Low Inflationary Environment or Depressed Economy:

Why were Interest Rates Low for So Long?

Since 2009, interest rates have remained largely depressed in most developed nations.

This is a particular phase of the economy wherein the risk-free rate of return (generally represents the interest rate offered by the government securities) is less than the historical average.

This is primarily done to boost the otherwise depressed economy showing signs of low GDP growth and high unemployment.

By lowering the interest rates, an economy can reap the following benefits:

Why are Interest Rates Rising Now?

In mid-March 2022, the Federal Reserve announced a 250 basis point hike in interest rates—the first time the central bank has raised interest rates in the past three years.

This has happened mainly because inflation touched an excessive level of 8.4% in March 2022,against the federal government’s tolerance limit of 2-3%. Such an increase in interest rates is done to achieve the following objectives:

To Curb or Restrict Spending:

How Can Interest Rates Impact Your Trading? 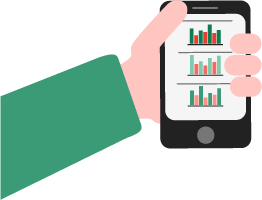 In the United States, the FOMC (Federal Open Market Committee) is responsible for reviewing and changing the interest rates prevailing in the economy. Since the US dollar is the de facto world reserve currency, shifts in Federal Reserve monetary policy can have a profound impact on the entire world’s financial system. An increase or decrease in interest rates makes borrowing expensive or cheaper, and that has different implications for consumer and producer nations around the world.

The most obvious and immediate impact is usually seen in the stock market and is visible in the financial statements of such listed companies. Let us now understand the impact of interest rates on:

Debt is often considered to be one of the most preferred financing options.

An Increase in Interest Rates:

A Decrease in Interest Rates:

Interest rates are vital for forex traders too, because the health of a currency can be gauged by the level of interest rates in that country.

If you want to bring future expected returns or income to the present day, you will be required to pay interest to your lender, at a percentage known as the interest rate.

Central banks around the world periodically review the interest rates prevailing in their countries and increase/decrease them to tame inflation and boost economic growth.

Such a variation in interest rate makes borrowing more expensive or cheaper, which also impacts everything from stock to commodityprices. In most cases, a high interest rate  envinroment leads to a fall in stock prices, whereas a low interest rate envinroment can help to increase prices in the stock market.

What do you think of my #NQU2 analysis? via @bookmap_pro: NQ Long