How Geopolitics Can Affect Your Trading

Geopolitics is a way of studying foreign policy and international relations, taking into acount geographic, economics, and demographics; all of which can have an impact on asset prices.

Geopolitical issues can lead to a range of effects on financial assets. Often, increases in geopolitical tension leads to an outflow of riskier assets as investors and traders flock to “safe haven” assets. In the simplest of scenarios, this puts pressure on stock market prices, while government bonds receive a boost.

Let’s explore the topic further and look at the implications of geopolitics on trading.

Trade treaties, climate agreements, and sometimes disputes over borders are all geopolitical issues. Like trading itself, geopolitics is very much about strategy, which is why it is so vital to understand, especially when it has a lead over supply and demand and therefore asset prices.

Prescheduled economic data is usually less risky since it is already known to all players in the market in advance on any economic calendar. Worst case scenario: is if the data is vastly different from consensus estimates, it could produce a lot of volatility, but usually less so than breaking news. Geopolitical risk is trickier to fully price, because it often results from “known unknowns”.

Why Geopolitics Is Important To Traders

Geopolitics serves as a link that connects territory with politics. Geopolitics is founded on the indisputable truth that all global politics, from peace to war, occur in time and space under the limitations of geographical realms and conditions.

The resumption of inflationary pressures might reverse this trend. Rather than responding to economic shocks with quantitative easing, central banks worldwide would need to tailor future support to prevent these increasing price pressures.

Effects on Inflation: Inflation is one significant effect of these shifting priorities. Reorganizing supply chains necessitates significant investment capital and resource expenditures across the board, from logistics to management, something we have seen during the COVID-19 pandemic. Such advancements are expensive, and customers will eventually pay higher costs in exchange for more trustworthy supply chains. 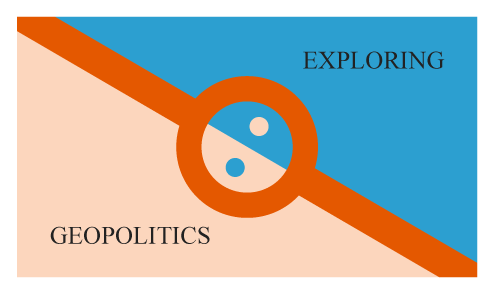 Some nations or regions are differently apt to respond to geopolitical headwinds. Countries that rely heavily on imports will tend to be more negatively impacted by geopolitical issues such as trade or shooting wars.

However, prducer economies such as China can also suffer if they are unable to sell or export their produce.

The most common forms of geopolitical risks are:

How Currencies React To Geopolitical Risk

Currencies have long been the weapon of choice for trade wars, especially in modern history. Generally, the US Dollar (USD) is considered the main safe haven currency as it is the de facto world reserve currency with most of the debt around the world being priced in US dollars.

How Equities React To Geopolitical Risk

Geopolitical risk is roughly characterized as the hazard of war, political unrest, cross conflicts, and terrorism. It encompasses both the reality of such events and the escalation of the likelihood of such things happening.

Stocks that are likely to be influenced by present and future political decisions, for example, may move sideways or down if there is uncertainty. Potential investors are unsure what the endgame will be and how this will affect business.

However, some sectors of the economy may actually thrive in times of geopolitical uncertainty, such as defense stocks (weapons companies).

Geopolitics may not be a consideration for short-term traders and more suited for long-term traders or investors. However, sometimes the effects caused by geopolitical issues are so strong that every serious trader needs to take it into account, as the trends produced by override other factors that would prevail in an otherwise stable period of market activity.

Don't miss out on Scott's Live webinar on Futures today.

👉Join Scott Pulcini today for an advanced session on futures.

Catch up today with JTrader on his weekly webinar focused on stock trading.