Financial markets are volatile by nature and can be impacted by multiple traders’ views and reactions to various events.

When a group of traders or institutions come together, it becomes possible for them to drive the price of financial security in their desired direction. This change in the security price can be used to make profits by purchasing at lower prices and selling at higher prices, but can sometimes lead to unintended consequences. Regardless, this “control” over price is usually short-lived and eventually corrected.

A trader must understand the implications of such actions on their portfolio and strategy, even if only to prevent losses.

The situation wherein an asset’s price increases rapidly with a lot of traders caught on the wrong side is often called a Short Squeeze (but there can also be Long Squeezes).

Such a scenario played out with GameStop when the stock price rose 600% in a few days after a group of traders on Reddit were able to amass their individually small accounts to take on hedge funds that had large positions in the opposite direction.

If you are interested in knowing more about the fascinating story of what happened with Gamestop and Reddit, then read on.

Reddit is an online platform that provides a network of communities where users can discuss various topics, from the trivial hobby to the intense passion. There are millions of individual communities and users can can be active members of as many as they please.

Users can also create forums on any topic they find exciting and other users can discover and join their community by searching for that topic on the platform. 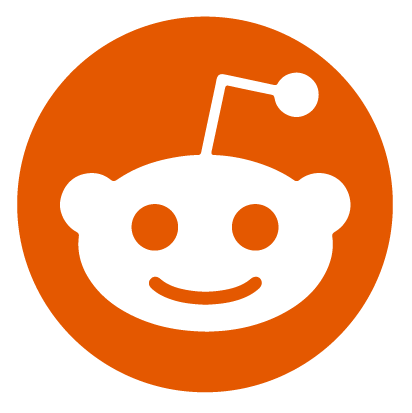 Meme stocks are stocks that have gained in popularity on social media platforms, often with strong support for the morals behind a company such as Tesla, or simply “for the lulz”, usually expressed in the form of comical memes.

The prices of such financial securities can be heavily influenced by their popularity on social media, the price rapidly increasing as popularity in discussing that partial stock on social media or in online communities. The prices can remain high if they remain a topic of interest for these traders, but they can also fall if those same traders lose interest and sell.

This is similar to what happens with Memecoins, the crypto branch of memes. Have a read more about this particular form of “meme assets” in our article, Dogecoin: What Are Memecoins (and How To Trade Them)

What Is Gamestop's History?

GameStop is an American retailer that sells video games, electronics, and gaming products with its headquarters in Grapevine, Texas.

The company was founded by Mr Leonard Riggio, Mr Daniel DeMatteo, and Mr Richard Fontaine in 1984. The company increased with the onset of video games worldwide and performed exceptionally in the market till 2010.

The company acquired various other companies and started its physical stores across the United States, Canada, Australia, New Zealand, and Europe.

Due to these new and more popular services, the traditional video game industry was in decline which eventually led to the decline of GameStop.

What Happened With Gamestop?

A short Squeeze is when a rapid price-rise leads to many (or a few large) traders to get margin-callede on their positions, forcing them to unwind and trigger further margin calls.

In other words, when market participants are forced to buy, leading to a feedback loop of excessive buying in the market, which available liquidity can’t satisfy. We have an entire article about this, titled What is a Short Squeeze in Trading?

A gamma squeeze is similar to a short squeeze, only in the options market. This is usually because market makers having a net short position to hedge the call options that other traders have been buying from them, leading them to buy back in the open or futures market to maintain their hedge, further pushing prices up.

You can read more about this effect in our article What is a Gamma Squeeze in Trading?

Sometime in early 2021, several users in the Reddit group had noticed that hedge funds had taken a large short position in Gamestop (to understand more about short selling, check out our article How to Profit from a Falling Market with Short Selling). After several posts beginning in January 22, 2021 on the subreddit group known as WallStreetBets, the stock rose in price 600% in 4 days.

Once many in the group were convinced they could influence the price collectively, their buying led to hedge funds being margin-called, which led to a feedback loop of higher and higher prices. This rise in the stock price also led to a gamma squeeze in the options market, whereby the options market makers had to buy back stocks to hedge their positions.

This is now a famous story and brings up some interesting moral and legal questions. Orchestrated pump and dump schemes are illegal in most markets, but in this case it is more nuanced because there isn’t a centralised source. Where is the line between market sentiment and market manipulation? This is likely to be a question we see more and more, especially from market regulators if this sort of event repeats around the world.

The rapid increase in price fueled by Reddit group resulted in unprecedented market moves and losses for certain large financial institutions and even some of the Reddit traders themselves.

This interesting story is a clear example of how both a short squeeze and gamma squeeze works, as well as how sensitive markets can be in this dynamically changing market which is becoming increasingly dominated by retail traders.

Sometimes you can spot a short squeeze before it happens if you have the right tools for spotting tell-tale order flow signs or have a read on sentiment. Check out some of the tools that come with Bookmap, with its color-coded heatmap and free indicators such as the Cumulative Volume Delta. Click here to get started.

Don't miss out on Scott's Live webinar on Futures today.

👉Join Scott Pulcini today for an advanced session on futures.

Catch up today with JTrader on his weekly webinar focused on stock trading.